The Maryland Independent College and University Association (MICUA) seeks an experienced and accomplished leader to serve as its next President. The president will work energetically and passionately to represent, advance, and defend the collective interests of its 15 member institutions and the 64,000 students they enroll. The president will provide strategic leadership in matters of policy, research, and legislation and lead a committed and accomplished association in the ongoing work of advancing Maryland’s independent colleges and universities.

MICUA is a member-driven, nonprofit organization, which has as its mission the collective representation of 15 private, nonprofit colleges and universities located in Maryland. MICUA provides public policy leadership on behalf of its members, fosters cooperative efforts among its member institutions and the broader higher education community, and serves as the official liaison between Maryland’s independent institutions and State and federal policymakers. In addition, MICUA serves as the Resident Agent of the Independent College Fund of Maryland (I-Fund), which has as its mission raising funds to provide scholarships and grants to students attending twelve I-Fund member institutions. More information about MICUA and its member schools is available at http://www.micua.org/.

The President is the chief executive officer of the Association and reports directly to the MICUA Board of Trustees, which is comprised of the presidents of its 15 member institutions. The President is responsible for leading MICUA in a manner that supports the Association’s mission as defined by the Board of Trustees and helps guide the Board in establishing annual goals and strategic objectives. A key responsibility of the President is to serve as an advocate for independent higher education with State and federal elected officials and the general public.

The Board of Trustees of MICUA seeks candidates with outstanding communication skills, integrity, a prodigious work ethic with equal capacity for both leading and doing the work of the association, and a commitment to the value for all Maryland citizens of the partnership between state government and its independent colleges and universities. A bachelor’s degree is required. An advanced degree and knowledge of and experience with private, nonprofit higher education is preferred. Additional information about the duties, requirements, and responsibilities of the president are available in the position profile at www.academic-search.com on the “Current Searches” page.

MICUA is being assisted in this search by Academic Search, Inc. Confidential discussions about this opportunity may be arranged by contacting email Jay Lemons at jay@academic-search.com or email Jennifer Kooken at jbk@academic-search.com.

Applications should consist of a letter of interest, resume, and contact information for five references (who will not be contacted without the explicit permission of the candidate). The position is open until filled but only applications received by August 12, 2019 can be assured full consideration. Applications, nominations, and expressions of interest can be submitted in confidence to MICUAPresident@academic-search.com .

MICUA is an equal opportunity employer and seeks a diverse pool of candidates. 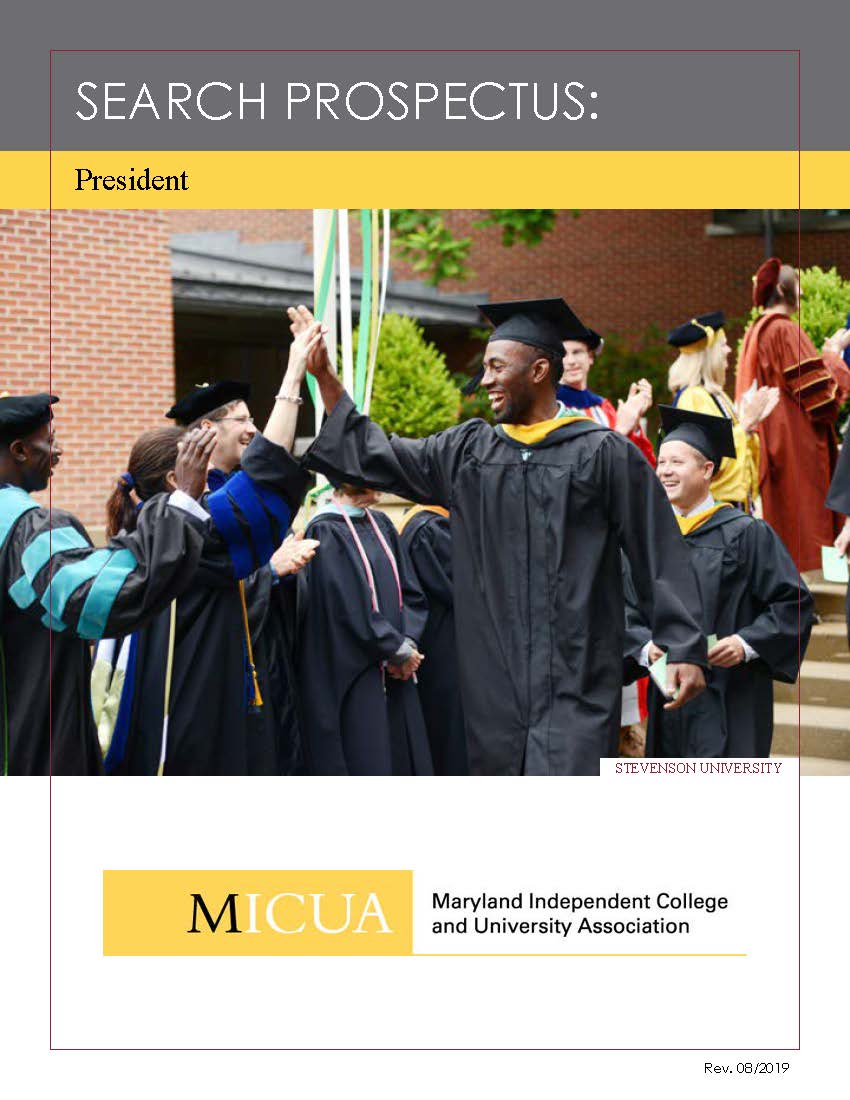