MICUA member institutions serve nearly 55,000 students every year. The student population is economically diverse, racially diverse, and demographically diverse in other ways, including adult learners and non-traditional students, students who speak English as a second language, students who are first to go to college in their families, and transfer students from community colleges. 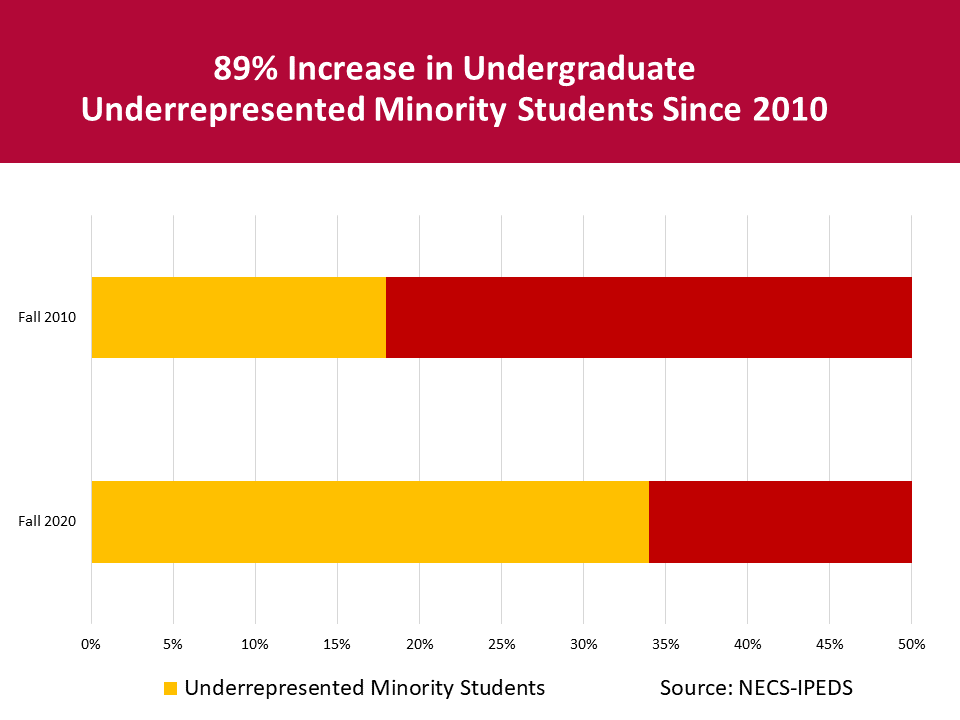 The Maryland General Assembly passed legislation in 2008 that requires each independent institution that receives State Sellinger funds to report annually to MICUA on programs and practices that promote and enhance cultural diversity. As defined in statute, “cultural diversity” means the inclusion of those racial and ethnic groups that traditionally have been underrepresented in higher education.  For the past 13 years, MICUA has surveyed Maryland’s independent colleges and universities to identify new and on-going programs and activities that promote cultural understanding, build on impactful policies, and create a blueprint for success in creating inclusive campus communities. With information collected from these surveys, MICUA publishes an annual MICUA Diversity, Equity, and Inclusion Report.

The Report does not list every initiative or effort on each campus, but provides a general overview of common activities, unique programs, and best practices to enhance the campus climate and support cultural competency. Many of the examples provided in the Report are ongoing, multi-year practices and programs that have proven effective. Other examples reflect emerging trends and new initiatives, such as hiring Cultural Diversity Officers on several of the campuses. The Report also highlights meetings, lectures, discussions, ad hoc events, and other activities held to promote learning about and continued discussions of race, gender, and equity.

To view a sampling of programs at Maryland’s independent colleges and universities created to promote and enhance cultural diversity—as highlighted in the annual MICUA Diversity, Equity, and Inclusion Report— click here.