In celebration of this milestone, MICUA has launched a historical MICUA Matters newsletter that showcases articles that document the long and storied history of the MICUA member institutions and their interactions with prominent elected officials and accolades and accomplishments. MICUA also has launched “Throwback Thursday” posts on social media, blogs from campus representatives, and will hold a culminating event during Independent Higher Education Day (IHED) in February, 2022. Happy 50th birthday, MICUA! 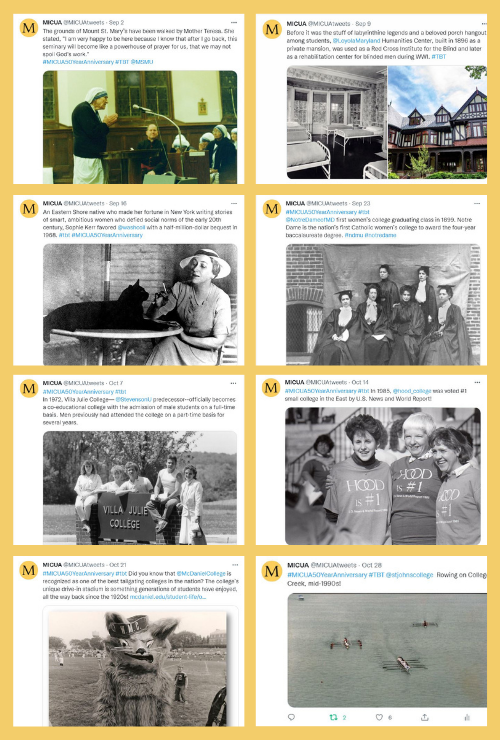 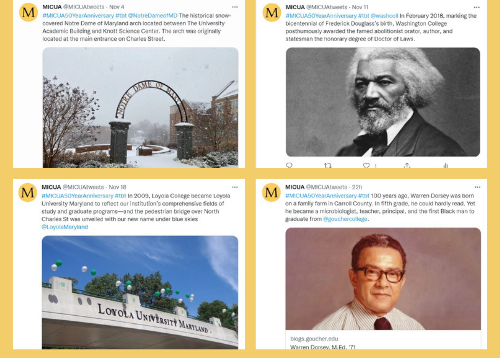 In mid-June, the Association of Graduate Liberal Studies Programs (AGLSP) honored longtime St. John’s tutor David Townsend with its annual faculty award: a recognition of superb faculty who teach and inspire students both within and outside the classroom. With his dedication to the liberal arts and his devotion to becoming what Stringfellow Barr called a “citizen of the world,” Townsend certainly meets the criteria. Fittingly, he considers the recipient—himself—the least important part of the deal.

Recognized for academic excellence and exceptional student support, Notre Dame of Maryland University continues to achieve high honors as one of the nation’s top universities in separate rankings by College Consensus and Colleges of Distinction.

A champion of both the liberal arts and McDaniel’s student-centered mission, McDaniel College President Julia Jasken saw a need to create more meaningful experiential learning opportunities for students. This is how the college’s signature McDaniel Commitment was born.

The Maryland Institute College of Art (MICA) Game Lab won a Games for Change Award for Best XR Experience for their project the Quacade, which has a goal to research and explore how VR games can be used in the rehabilitation of severe spinal cord injuries.

Washington Adventist University (WAU) is known for its motto “Gateway to Service,” highlighting the university’s commitment to engaging and preparing students for service in and out of their communities. With Service Day once a semester, mission trips, and other available service opportunities, this aspect of the WAU lifestyle has been encouraged since its beginnings. A part of maintaining that motto involves providing service to the WAU students themselves. It has become more apparent, due to the challenges we faced during this pandemic, that there is a greater need for support and security amongst our students. In response, an initiative was taken to create and open WAU’s first Food Pantry.